An election is an event at which someone or a group of people is chosen to hold positions of responsibility or leadership.  It ensures that a leader is chosen by the majority of the populace and not by a powerful minority.  However, some candidates may seek to get a political office by all means and adopt shady methods or techniques to manipulate the election results in their favor.  This practice has been seen in developed countries that are presumably at the forefront of democratic governance from election disputes to alleged rigging by candidates.
If an election is widely perceived as flawed, arguments and prejudice normally follows  and much time will be spent on arbitration in law courts.
The most popular method of voting is the traditional paper ballot system in which a candidate’s name is marked and dropped through a slit into a box, by the electorates.  The box is opened after the casting of votes and the ballot papers are manually counted.  Counting is done in a transparent manner and the candidate with the highest number of marks against his/her name wins the election.  Ideally, the election should end peacefully and the transfer of office follows but it is hardly the case especially in a country like Nigeria where several factors hinder the proper conduction of elections.  One of the most significant factors that hinder the proper conduct of elections is the tendency to exploit the paper ballot system and manipulate results.
However, several precautionary measures can be taken to ensure that a good number of loopholes associated with the traditional ballot system are plugged.  This paper will discuss flaws associated with the traditional ballot system and compare it with the newly proposed electronic voting system.  It will further examine social and ethical implications of adopting electronic voting and investigate what factors associated with electronic voting can work against a true democratic election in a developing country like Nigeria.
Nigeria: Demographic

Nigeria is a country with over 150 million people.  Sixty-eight percent (68% ) of the total population of the country is literate out of which men constitute 75.1% and women 60.6%..  This directly translates to 102 million literate Nigerians made up of 76.5 million and 25.5 million literate men and women respectively. 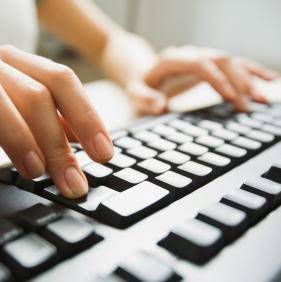 Computers have spread to all parts of the world.  However, universal access to computers and ICT is begging improvement especially in the less developed parts of the world.  Computer literacy rate is also not universal and has plenty of room for improvement.   Less than half the population of Nigeria own computers while a greater number are not computer litereate, the minor remainder own computers.  Moreover, most of the people who are computer literate only know how to use word processors.  Only 5% of the total population is internet literate of which only a fraction has regular access. 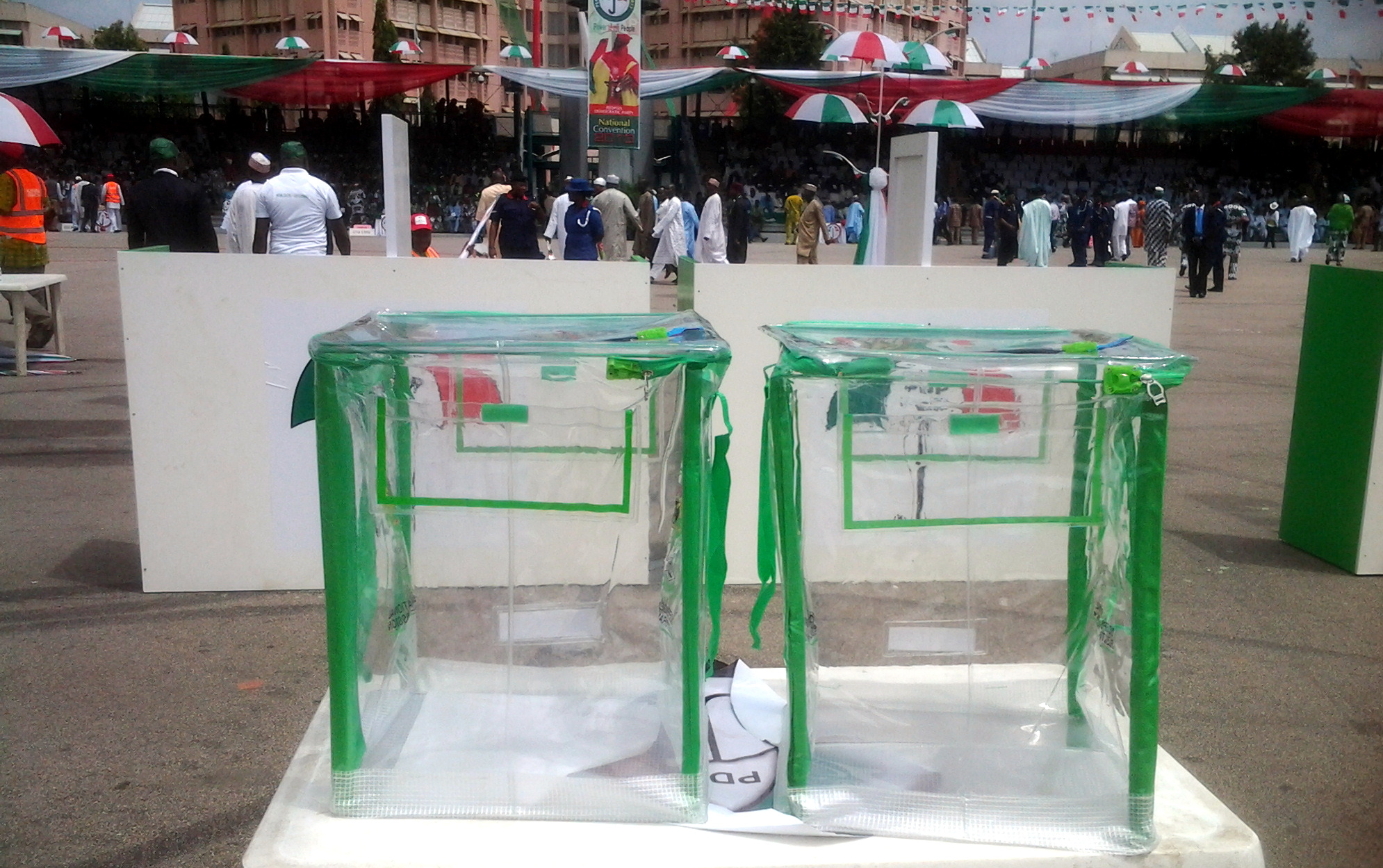 Several problems plague the paper ballot system in Nigeria.  One big factor often blamed for the problems associated with the paper ballot system in Nigeria is corruption.  Politicians engage in several corrupt practices to ensure victory on Election Day.  Election rigging can be performed directly at the polling booths and has been alleged to also occur indirectly from the headquarters or state division of the electoral commission.  Stealing and stuffing of ballot boxes with fake ballot papers is one of the activities associated with election rigging. To steal ballot boxes, some politicians hire 'thugs' who will go to polling stations to cause chaos. The objective is to disrupt the electoral process, find an opportunity to steal the ballot box and disenfranchise voters. The end result is stuffed ballot boxes with fake ballots which is quietly delivered to the state offices of the electoral commission.  Another method of rigging directly involves officials of the state electoral commission. The officials manipulate the results in favor of a candidate with whom they have some kind of shady understanding.
Public loss of confidence and low voter turn up in subsequent elections is often a consequence of the corrupt electoral process. In order to curb or avoid the negative trend, some countries are leaning toward the adoption of electronic voting systems.
Electronic voting 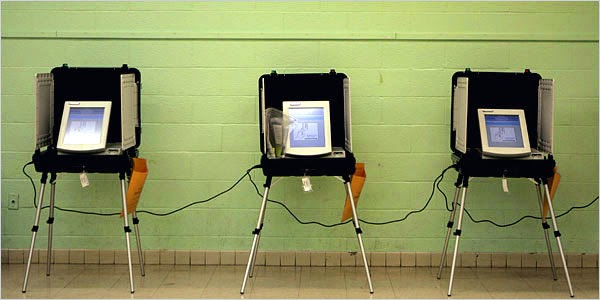 Electronic voting is the employment of information and communication technologies for carrying out activities that involve the collection, aggregation and counting of votes.  “It is the process of casting, counting and transmitting ballot information electronically”.  The impact and benefit of information technology on other aspects of human endeavor such as research, trade and commerce cannot be overemphasized. Therefore the employment of information technology for election is an attempt to bring forth benefits of IT to the process however, it may not be without some social, ethical and legal implications.
Some potential benefits of electronic voting include elimination of invalid votes, the speedy aggregation and counting of votes; it may even allow citizens abroad to participate in the election over the internet etc but there may be unintended problems with an election conducted electronically.   First on the list of problems that may not be envisioned by electronic voting activists is the fact that a huge percentage of the population lacks the technical knowledge to operate electronic voting machines.  On one hand, if only technically savvy individuals are allowed to participate in the electoral process, a great number of people could be disenfranchised on election day due to their technical limitation. On the other hand, if non tech savvy people are allowed to vote with 'special assistance' then it may become trivial to mislead voters into casting votes for the 'wrong' candidate without their knowledge.
Secondly, the issue of IT security is also worthy of attention.  Electronic voting can be compromised in several ways by malicious programmers who are able to find security vulnerabilities in the system.  An attack may be in the form of a “denial of service” attack. A DOS is an attack aimed at shutting down or disrupting the ability for a computer system to provide services to clients.  On Election Day, a successful DOS attack could shut down the voting machines and could be an effective means of disenfranchising voters.  In addition to a DOS attack, a “Man in the Middle” system can be secretly set up to intercept and switch votes before they are submitted to a central e-voting collation server..
Apart from security issues, other potential problems with software and hardware reliability also exist.  The electronic voting software may contain undetected errors or bugs. Hardware and software can breakdown or refuse to work and can potentially alter final results.  “The fear is that errors in the software – either accidental or deliberately introduced – can undetectable alter the final tallies”.
Moreover, even if we assume that the above listed problems do not exist;  There are other potential problems that could threaten the free and fair conduction of elections.  Issues range from remote electronic rigging to vote interception and rerouting.  In the former, it could be possible for the administrators in charge of the electronic voting system to easily manipulate the numbers in favor of their candidate.   Some would argue that it provides the “corrupt” ones more power to easily manipulate and rig elections.
Economic, social and national security issues also exist considering a developing economy such as Nigeria. The sophistication of e-voting equipment and the limited ability of local companies to manufacture many of the required materials suggest that they will be purchased abroad.  This will negatively affect local research efforts and decrease employment opportunities in that area since the country will allocate a greater percentage of the election budget on acquiring the needed equipment from foreign companies.
Conclusion

Considering all the problems associated with electronic voting, it may be useful to implement both the manual and electronic versions side by side.  It will ensure that voters who lack the savvy or technical sophistication can select the voting method they prefer.  In the event of a denial of service attack or suspected man in the middle attack, then voting can gracefully revert to manual method without cancelling or postponing the election.

There could be more unintended consequences of electronic voting that cannot be revealed without proper examination.  So, a good strategy is to take a holistic view of the problem (corruption in the electoral process) to understand how various factors such as poverty, low literacy rate etc, lead to the problem.  If we understand how the factors lead to the problem then we can think of policies that can lead to a lasting solution.  I think that electronic voting is only as good as the potential gain it can bring to the majority.  Corruption is the biggest problem that should be tackled and if electronic voting is an attempt to tackle corruption then it is a fix that will fail.  Elections conducted electronically can also be rigged by simply exploiting security holes, software errors, hardware errors, and administrative manipulation.
Without corruption in Nigeria, the traditional paper ballot system will be good enough for the process.  This will come without the overhead of expenditure on equipment purchases from foreign companies, or the negative economic and social issues associated with it.